The Lost Shores Loop is a delightful 85 km low traffic, largely oceanfront loop. Add a couple spokes and we have a very pleasant 160 km route with 3 lookoff stops and 2 oceanfront stops. 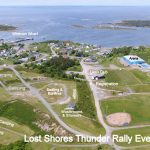 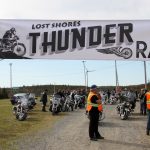 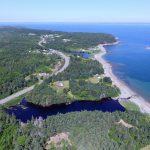 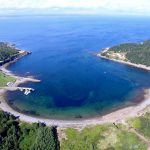 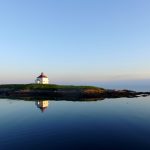 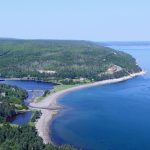 We’ll rumble out of Canso on Hwy 16, aka Lost Shores Parkway, and make our first stop at the Chedabucto Lookoff in Half Way Cove, about 40 km. You’ll pass the beautiful Queensport lighthouse and continue up the shore. You’re right on the edge here, the edge of a huge faultline. The deep water near shore attracts some really big fish. If it’s calm, expect to see whales and tuna breaching the surface as they fatten up for winter on the rich diet of mackerel. Look up and you’re almost certain to see a bald eagle enjoying a similar diet.

After the Lookoff we’ll rumble through Guysborough and on to Boylston and the Guysborough Intervale before returning to Guysborough for stop #2, gas and snacks at Robins. 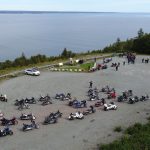 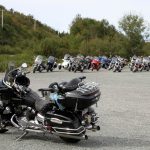 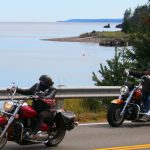 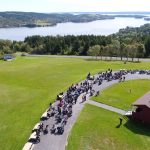 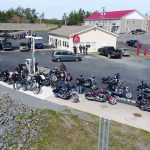 Next we’ll head east on Hwy 16 and after a couple km, we’ll turn right on Larrys River Road. We’ll have signs to mark the turn. Caution, there’s a very sharp turn immediately after the Salmon River bridge. Yeah, go super slow. Then it’s up the hill and over the barrens and down into Larrys River. We’ll turn left at the stop sign and head along Tor Bay to the church in Port Felix for stop #3.

Enjoy the view of the Sugar Islands where the Savalette family from France fished long before there were any permanent European settlements in North America. There is a brand new commemorative site across the street from the church. 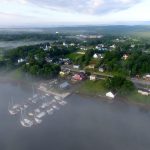 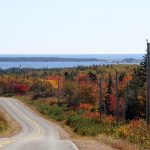 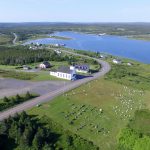 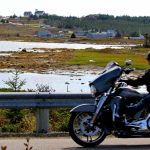 After Port Felix, continue on Hwy 316 to Hwy 16 in Half Island Cove. Go right at the T intersection and head east on Hwy 16 to Hazel Hill. Take a right turn and head to Little Dover. Keep going all the way through the village and turn left at the Black Duck Cove Park across from the ballfields and tennis courts. Here a boardwalk offers a short hike to a beautiful sand beach.

Then we finish up the ride by heading back out to Hwy 16 and turn right to rumble back into Canso for stop #5 on Whitman Wharf for a brief memorial to fallen riders. Expect some thunder and a moment of silence. 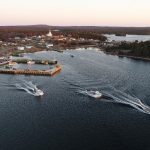 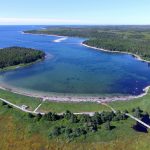 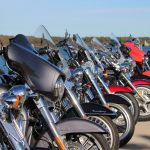 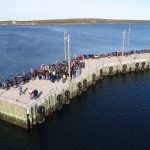